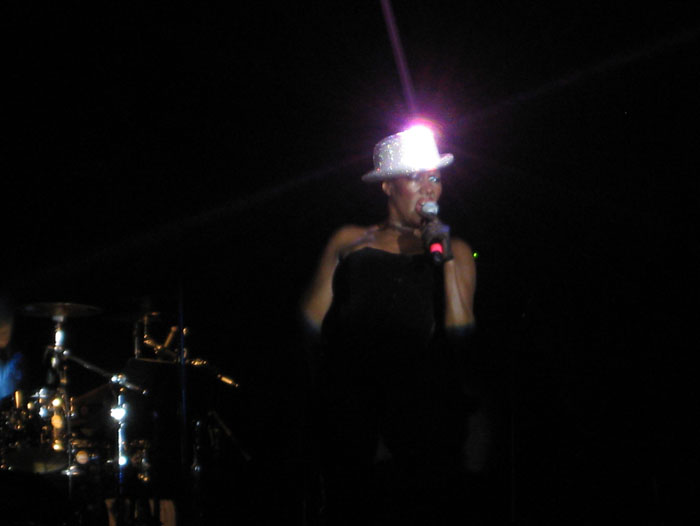 “Are you going to Bob Dylan?” asked the hitchhiker in my car. “God, no! He is too boring”, was my honest answer. I was about to launch into the story of when I went to one of his concerts twenty years ago and his whine put me to sleep but I stopped in my tracks wondering whether he might be a fan and I hastily added: “I hope I did not offend you”. “Oh no”, he replied.  “He is too old for me”.

On the way to Bluesfest, I had taken pity on a drenched-to-the-bone kiddo on the side of the road and given him a lift. It had been pouring with rain for most of the day and in preparation for the event I had packed a rucksack full of wet weather gear. This carefree teenager was going on the same expedition in shorts and T-shirt and was carrying a single all-important item: his skateboard.

The widely different packing strategy had already opened an age gulf between us, the Bob Dylan conversation was sticking needles in the open wound so I closed it up with a quick: “He is too old for me too, which ought to be bad news for Bob”. In the three long seconds that he took to register the joke and finally start laughing, I felt the granite weight of my forty-four years landing one by one on my poor shoulders.

I was not going to Bob Dylan, I was going to Grace Jones… And Paul Kelly, Michelle Shocked, Elvis Costello and whoever else – like Osibisa – happened to be there and turned out to be good; but mainly, I was going for the coarse energy, talent and raw sex appeal of Grace Jones, whose concert was scheduled to close the event. She did not disappoint: she came on stage fashionably late and captured the audience’s attention right from the beginning of the performance, when the stage curtains did not just part but tumbled dramatically to the ground.

For this show, she split her wardrobe in two. The basics – her black corset and underwear, her fishnet leggings and gloves, her impossibly high bondage shoes, her wedding ring and the band-aid on the left cheek of her bum – stayed for the duration of the show. Wigs, headpieces, hats, jackets, capes, confetti and even a hula-hoop came and went with each song. Her performance was excellent and a lesson in showbiz: the music flowed, with base and percussions reverberating onto the public’s ribcages (her band was six-strong plus two vocalists); the lighting changed for every song, and the stage – equipped with a dancing cube, a pole, a revolving platform and a sort of Rapunzel balcony on top of a barely visible black staircase – allowed Grace Jones to move in ever-changing directional ways, which kept the eye just as sharp, alive and entertained as the ear was.

One can see how she became such a successful pop icon: Grace Jones performed perfectly choreographed acts with raucous energy and a pair of kilometric legs that demanded (and got) continuous undivided attention. She might be 62, but she is still mighty fit: on the night, she sung an impossibly stretched out rendition of “Slave to the Rhythm”, which included the introduction of each and every component of her band without dropping her hula-hoop once. 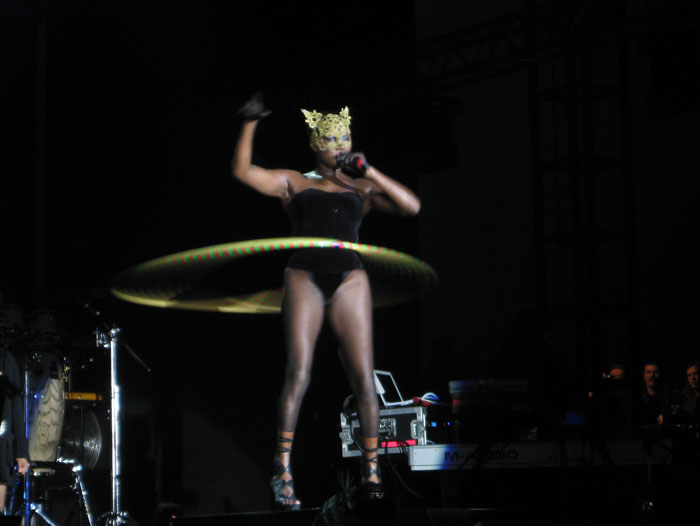 Her energy did spill over at times: she called us lazy motherfu##ers for not clapping enthusiastically enough. I did not mind that: she seemed to use the slur as a term of endearment and surely the unforgettable villainess from James Bond’s “A View to a Kill” and the muse of Andy Warhol, Dolph Lundgren and Viscount Wimborne of Canford Magna deserves some poetic license. What I did mind a bit was that – like a marathon runner – she kept shooting projectile mucus bullets out of her nostrils, which let her carry on singing without interruption but made front row positions look a touch unappealing. 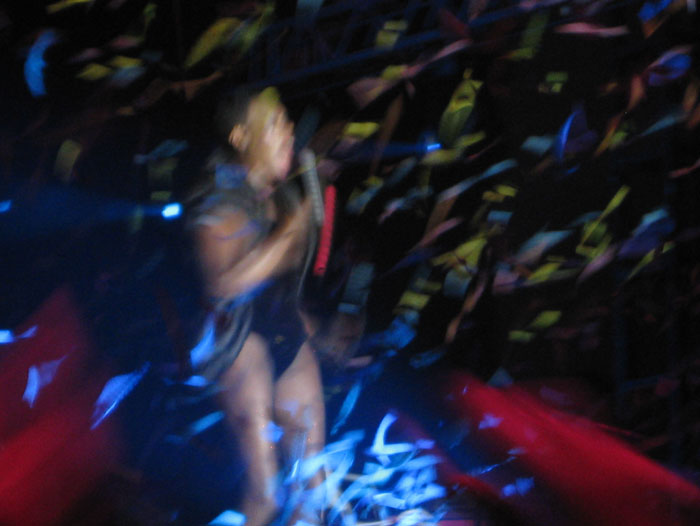