There is a scene towards the end of the BBC adaptation of Pride and Prejudice, where Elizabeth / Jennifer Ehle is asked when she fell in love with Mr Darcy / Colin Firth. She answers that it happened when she saw his house: the stately home of Pemberley. I don’t remember whether Jane Austen put the line in the book. She very well may have, given her undying interest in the class system, money and marriage: women’s best strategy to climb the first and get access to the second.

Apparently, Colin Firth is sick of being associated with Mr Darcy. How ungrateful can this guy be? Getting out of that pond in a wet shirt gave him international fame, a career that now includes an Oscar, and presumably a truckload of money. Thanks to that role, he (and Hugh Grant) cornered the Lovable English Bore market for a generation. How many handsome English blokes that can both swim and act does he think there are? I suspect a few dozen. He should build a shrine to Good-Old-Jane in his living room and prostrate to her three times every morning, while counting his blessings.

Enough on Colin. I have been thinking about Pride and Prejudice because I have fallen in love with Ivana Trump, while reading about her real-estate portfolio including “stylish” homes in New York, Miami, London, St Tropez, Slovakia and the Czech Republic. I love this girl!

As mentioned in the past, I am fond of Hello! Magazine and this week, they have a spread on Ivana that is too good to miss: the images are a bombardment of colour, wealth and kitsch and the interview is a textbook example of giving someone enough rope, Hello’s forte. The article is a real tease because it not only stoked the fire in my real-estate heart but it almost convinced me that I might have what it takes to lure Ivana back to the altar. The gal clearly has a thing for Italian men: after The Donald, she married and divorced Riccardo Mazzuchelli, was in a long-term relationship with Roffredo Gaetani di Laurenzana dell’Aquila d’Aragona Lovatelli, who died on her before she could acquire his longwinded title, and then married and recently divorced Rossano Rubicondi. I can’t help but find that promising: I am Italian: tick. 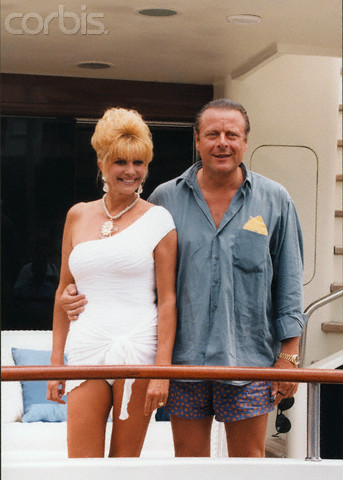 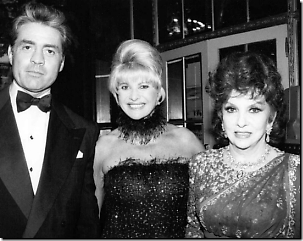 I love Ivana’s Orwellian capacity to say the opposite of the obvious truth: in this interview, she talks at length about being happy with her body and then employs a formidable Photoshop team to airbrush each and every inch of her skin to a wrinkle-free tanned glow Barbie would be proud of. Her contempt for reality does not stop there: like my mother in law, Ivana dislikes being called a “grandmother”; she insists on being called “Glam-mom”. I am a lucky man: my family is full of outstanding specimens of deluded people and over the years I have devised the perfect strategy for dealing with them: I graciously go along with their fantasies until they become life-threatening and then hit them with a strong dose of reality and then run for cover. Ivana, who – while pushing seventy – poses in a green bikini hanging from a helicopter like a member of the Charile’s Angels team, might be hard to take, but I can do it. Italian: tick. Suited to dealing with reality-challenged people: tick.

I am in full scheming mode now: this is a once in a lifetime opportunity: she is rich, free and available; I am willing and – well – not exactly free, but I know that my wife loves me enough not to stand between me and my lifelong ambition of a trust fund. Some careful planning, a couple of years of hard work alongside Ivana, a wedding, a divorce, and my childhood dream would finally come true.

I worked it all out: snowboarding into her accidentally-on-purpose on St Moritz’ sky fields; introducing myself in my heavily accented English… I only need a killer pick-up line for my plan to be perfect. Ivana and I clearly share a love of money and kitsch interior design but I need more specific common ground than that. I thought long and hard and eventually it hit me: I had been pondering over the opening picture of Hello’s spread for a while: it shows Ivana improbably standing on top of her garden’s hedge “in a head-turning scarlet gown daringly slashed to the thigh”; next to her: three enigmatic pink flamingoes. The image baffled me: was her standing mid-air meant to be an allegory of the Virgin Mary waiting to be sucked up to Heaven body and soul? And what was it with the flamingoes? Where they a reference to Chicchibio’s story in the Decameron? But what did Boccaccio have to do with Mary’s assumption? It is at times like this that I wish I received a classical education… Maybe, I was over-complicating the issue; maybe the image simply revealed Ivana’s penchant for oddly composed pictures with large birds. Bingo!

I would snowboard down, hit the target, introduce myself, strike up a conversation all about celebrities and fowl beginning with Kate Middleton’s pheasant-feather fascinator or something and then brazenly invite her back to my place to see my collection of oddly composed pictures with large birds. I was onto a winner.

Tree of Life, My Photoshop I Assignment from Photography School

The end of the article killed my dream and crushed my perfectly laid plans: on the subject of marriage, Ivana states that she now believes in “very, very, very strong” pre-nup contracts. She may be naturally blond, but she is no goose. Like in Chicchibio’s story, I watch the reality-startled flamingoes fly away taking with them my easy gain fantasies. With no trust fund, it will have to be work. Damn! 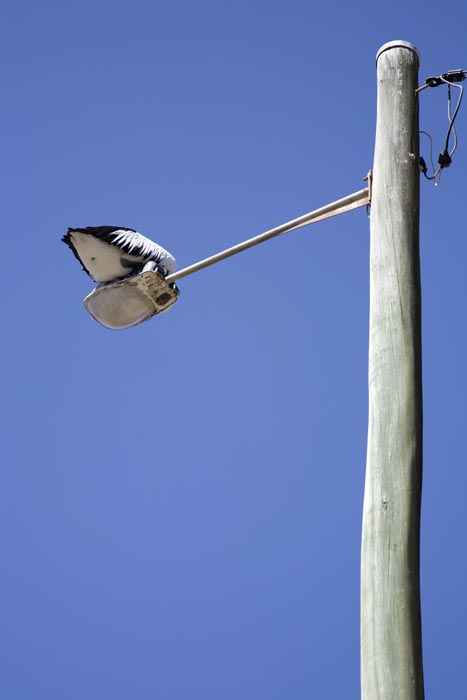