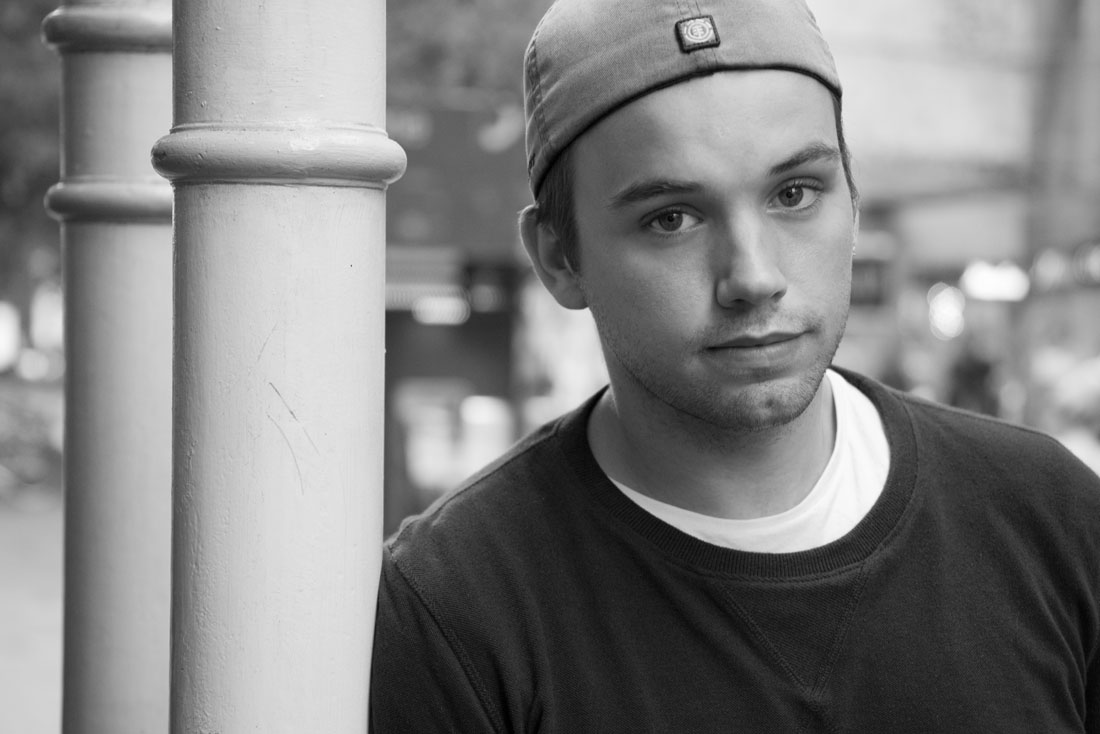 I feel guilty about waking Joe: he looks so peaceful in his sleep, head on his pillow, one hand holding his guitar case… After a first confused look, he beams a smile and starts our conversation with a self-effacing joke: “I spend my life sleeping on benches”.

The bench in question is in Sydney’s Pitt St mall, the “Mecca” of Australian retail: it is the most expensive commercial real estate in the country and the 4th most expensive in the world. A square meter of shop floor here will set you back more than $10,000 a year: less than in Hong Kong, New York and Tokyo but more than London, Zurich or Paris. Nespresso and Zara opened here when they planted a flag on our map and rumour has it that Esprit is shutting down because rent has grown bigger than revenues for their Pitt St store. 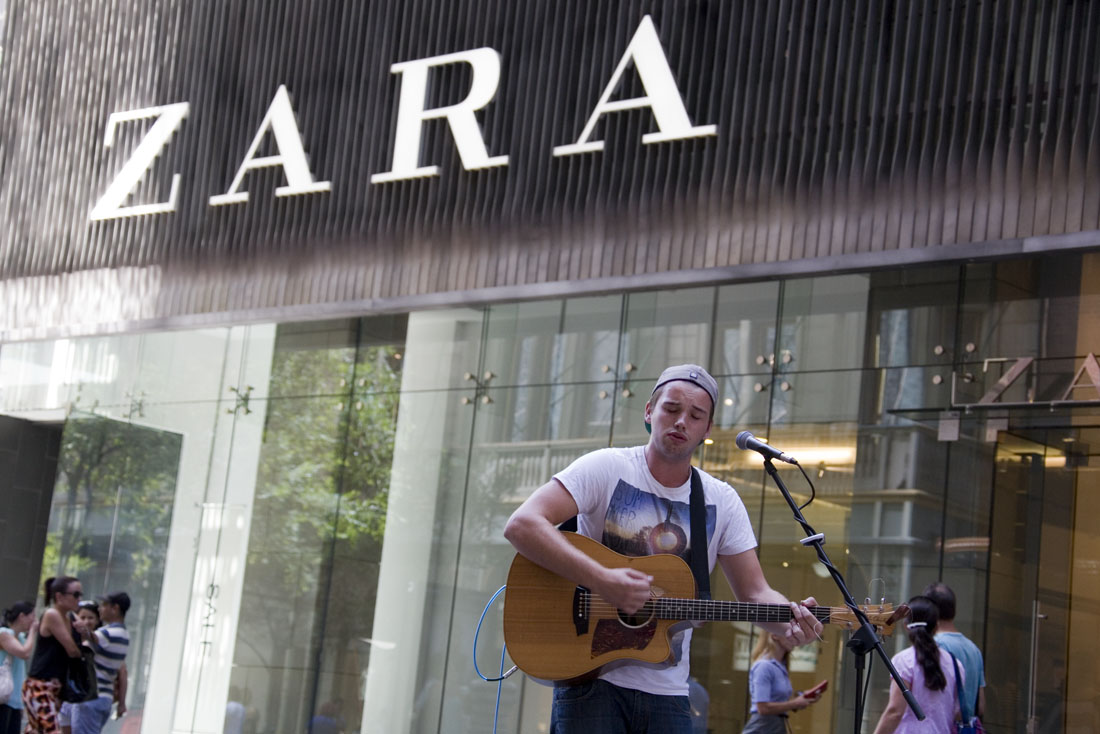 A small gang of buskers has taken residence on this pedestrian thoroughfare and entertain the thousands of tourists, shoppers and office workers that pass by daily. I wonder what it takes to get a spot on such a desirable stage? English councils license their buskers; where I come from, performers often pay protection money to shady figures; here they wake up at the crack of dawn and wait for their one-hour afternoon slot. For the last 6 years, Joe has been setting his alarm clock to 5am to secure his spot. “I brush my teeth, put on some clothes and jump in my car; from the inner city it is a 10 minutes drive and if nobody has beaten me to it I get the first slot […] at Christmas shopping time, buskers start queuing from 2am”. 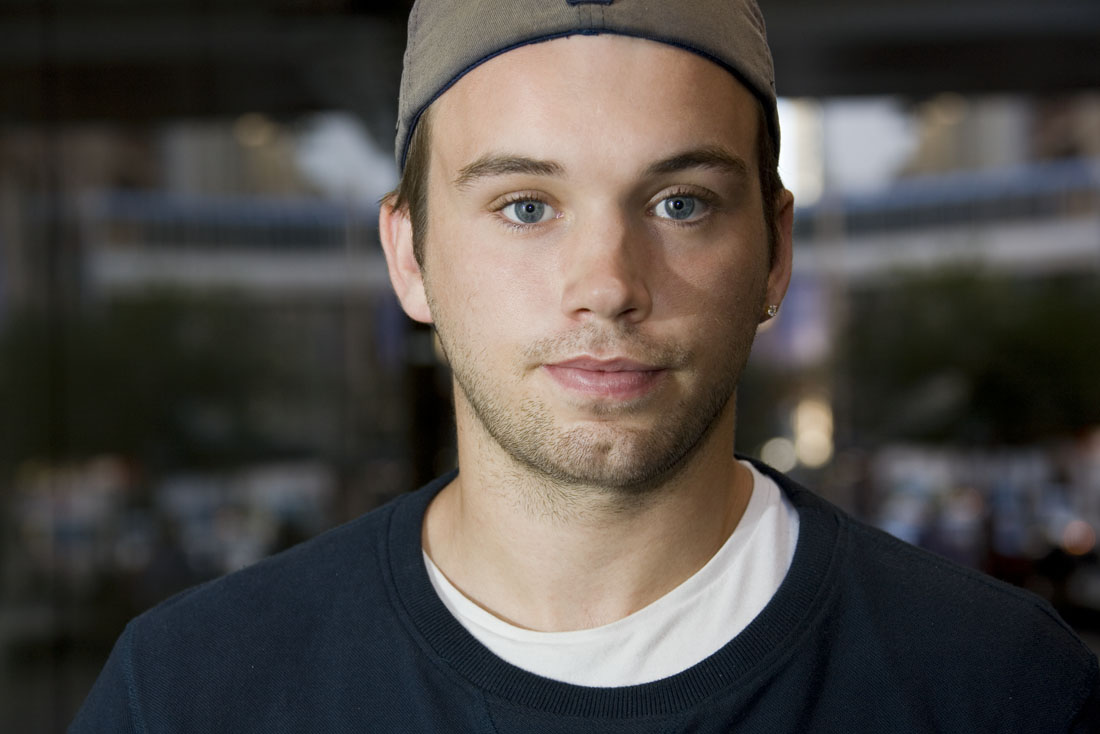 Joe Moore -23 this January – got the music bug at 14 from his dad, who taught him how to play guitar on Oasis’ “Wonderwall”. Joe spent the following year teaching himself chords. “I could not play the B chord for ages” he says, and chose songs accordingly: if one had a B chord in it, it was out.
The first song that he remembers writing is “Nobody Cares”; at 14, with a drummer school-friend; the oldest still in his repertoire is “I am not leaving”: his reaction to his family’s decision to emigrate from the UK to Australia. “Leaving England is one of the hardest things I have ever done and the easiest time to write songs – for me – because it was SO much in my head: all I had to do was start singing and it was coming out. I did not even need to write it down, I just remembered it. I wrote that song in ten minutes: I wrote it in about the same amount of time that it takes to sing it today: I wrote the chorus & thought: that’s good; now I need some verses; I wrote the verses; done”. 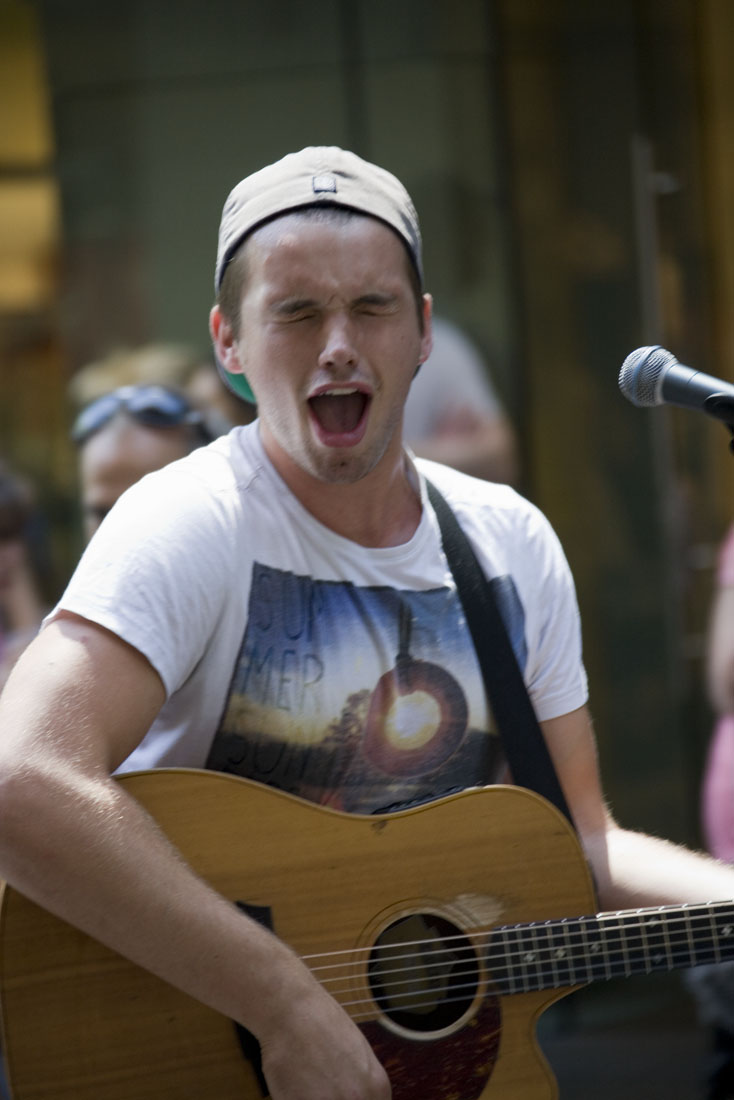 The creative process is not always that easy and not always solitary: his friend Dan Burrows writes lyrics for him: “sometimes it is just notes on his phone, different stuff jotted down that I stick together & then start playing some music and I just sing them and make them fit somehow & it is actually really cool! It turns out a really good way of finding a melody because it is almost like the melody is already there because I have to sing [the words] in a way that make them fit, therefore the melody is decided by how long the words are”. Dan wrote the lyrics for “Smile” about his new boss, whom he fell in love with (and whom he is marrying in March) & Joe put it to music, while “Lost People” and “Symphony”, which took him to Australia’s Got Talent’s grand finale were written at a Gosford studio with Hayley Warner, Andy Mak & Thom Macken. Joe owes the opportunity to collaborate with more experienced songwriters to his performances on the Australia’s Got Talent TV show, which attracted the attention not only of the general public but of the music industry as well. 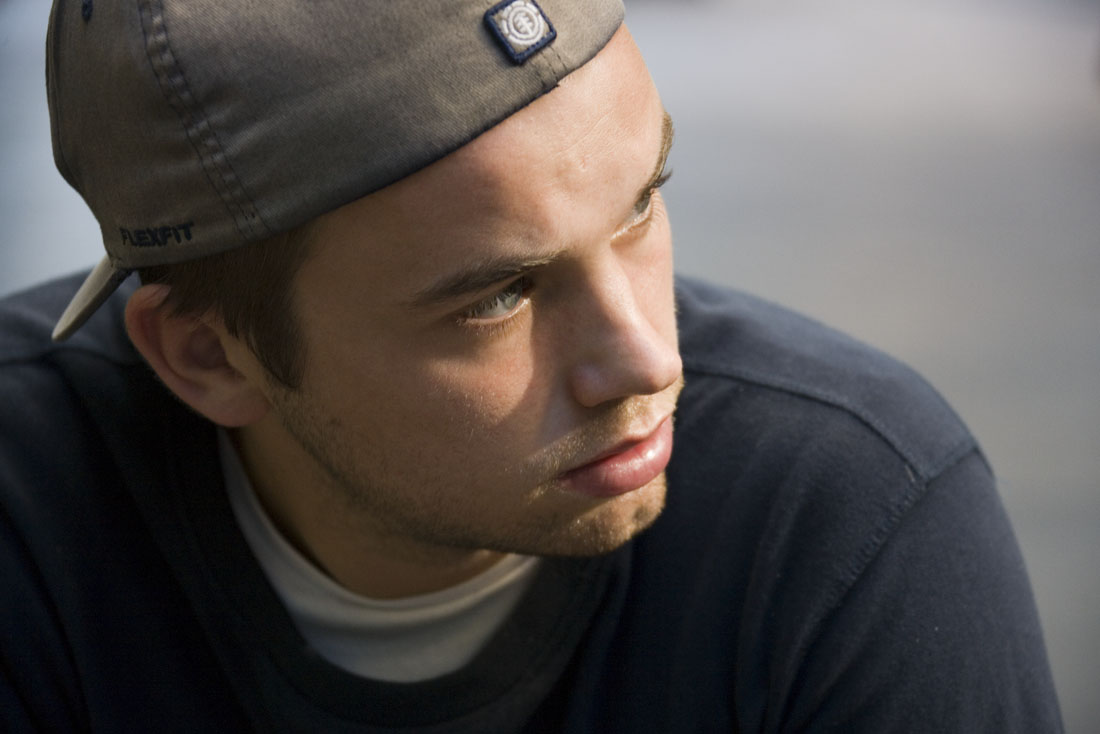 I am not surprised to hear that in his late teens he was repeatedly offered to audition for talent shows: Joe is talented, good-looking and committed; when he performs, his connection with the public is immediate and effortless. Women – especially – are spellbound and almost mechanically pull out their mobile phone and start filming him. The romantic theme of his music might help cast the spell: all of his songs are about love. He says he wrote one about being hung-over once but even that could be classed as a borderline love song. Whatever it is that makes him so appealing, it is working: he has 10,000 Facebook fans and when he mentioned an upcoming trip to Europe he was asked to perform (and offered a couch) in most of that continent’s cities. 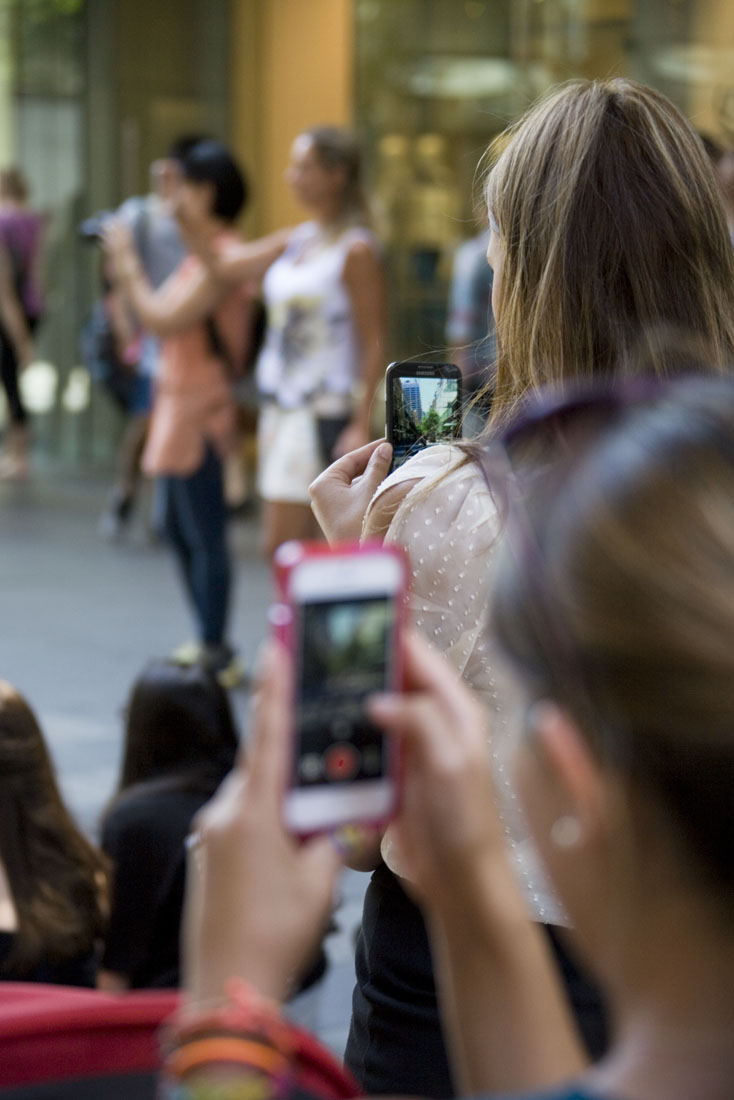 So I am not surprised he was approached for TV, what makes me cringe is that he said no. Repeatedly. He said no to Australia’s Got Talent too and only relented at the insistence of Greg Beness, the show’s producer.

Joe acknowledges that “It is very cool to be able to see someone grow; watch them go to that first audition and then watch them turn into a superstar”; “but you lose some of the magic”, he says. His idea of a new band is that they should come out of the radio sounding like “they are just magic, in your head, like they are from a different world” and jolt the listener into wondering who they are. His concern is that talent shows might take away that wonder and amazement by putting singers in front of the wider public too early.
“But I changed [my mind] because I went on Australia’s Got Talent!” he quips. “By then I had been working with my manager for a year or so, I had become a lot better than I was and Australia’s Got Talent was not going to make me into something else, all it was going to do is showcase me: let me do what I do here, on a stage in front of the whole country”. 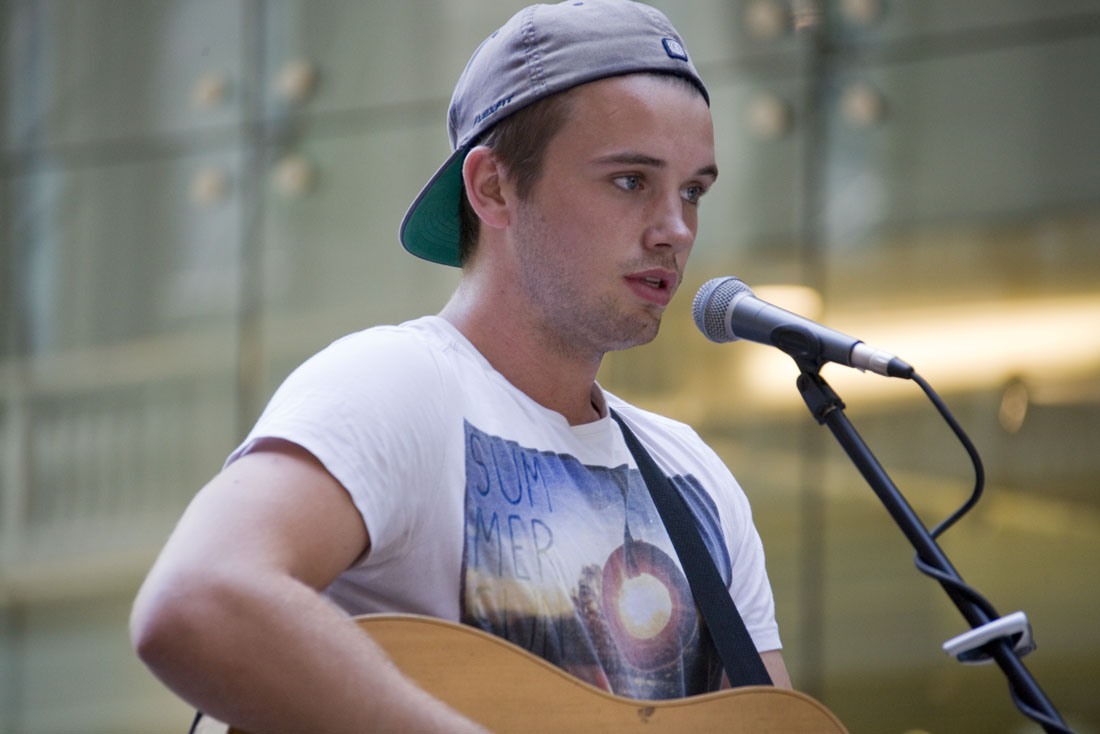 I listen to his argument but all the while I am thinking: “are you crazy? In an industry that promotes boy bands and child acts, you said no to potential teen-stardom!”… And then it dawns on me that what he is saying is that he was not ready. The music industry might search for 16-year old pop stars, who have an affinity with the lucrative pre-teen market but is that desirable for the chosen ones? I am the proud dad of a handsome 6-year old; would I feed him to show biz ten years from now, when his limbs and brains are not yet fully formed and his moral compass is still searching for North?

I ask why I don’t hear him on the radio; why he is not signed with a label and spitting out CDs like they are going out of fashion (which I am told they are) and he says that pop/rock is not currently on trend and that both domestic record companies and media are focused on folk/indie, not pop. He is writing songs all the time but he is not planning to release a new album soon. A few thousands people have bought his Symphony EP either directly from him or from iTunes but he would like a wider exposure for it before he returns to the recording studio. He is planning a trip to Europe & the UK in April to see if the industry’s gatekeepers over there prove more receptive to his work. 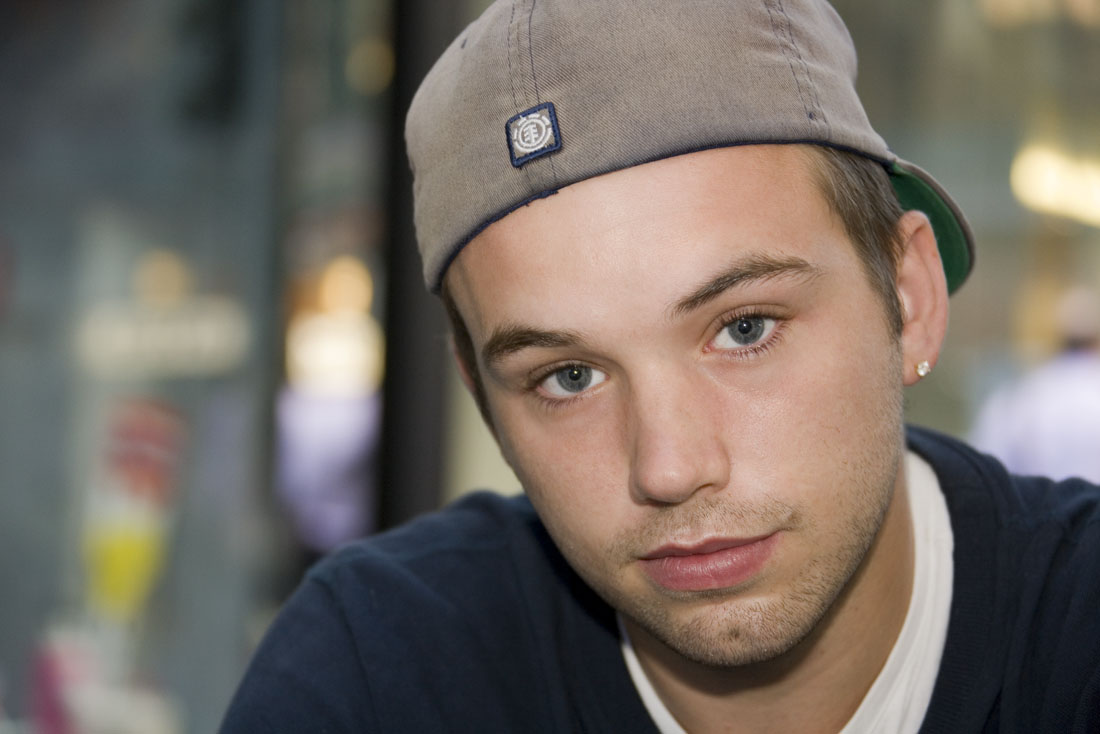 It is the small market curse: I come across it over and again living in Australia, bending creativity to whatever mold is deemed fashionable: in visual art, you ought to photograph dead birds and make found objects collages to get into galleries, in poetry you ought to be stuck in post-modernism & be as obscure as you can to get prizes and publishers; literary agents routinely seek copycats of the latest blockbuster: magical sagas after Harry Potter, vampire stories after Twilight; in music it has become hard to promote even pop love songs… Madness.
A domestic market only 22 million people strong breads risk-averse creative industries with little room for artists outside the straight and narrow of what it is deemed “in”. In such an environment, the obvious choice is to go global & trying to make it overseas, like so many artists do. I reckon Joe’s trip is a smart move: it might lead him to a wide and diverse enough market and to producers who recognize that he is just ripe for the picking. 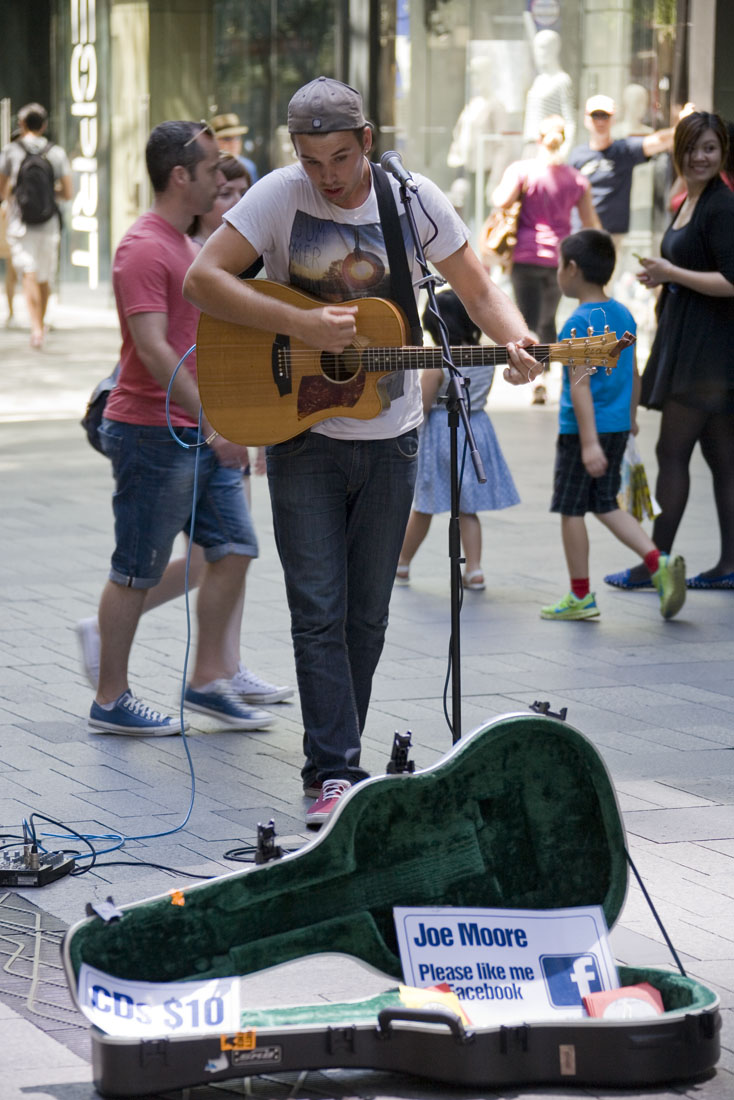